News
You are here: Home1 / News2 / Latest News3 / Amsterdam chosen as the venue for the Second World Cocoa Conference in... 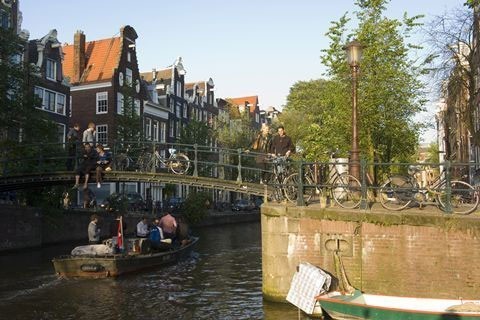 London, 15 May 2013—Amsterdam, the base for some of the world’s largest processors and traders of cocoa and its products, will be the location for the second edition of the ICCO’s World Cocoa Conference, scheduled to take place 9 – 13 June, 2014.

Besides bringing together key stakeholders in the world’s cocoa value chain, including governments, trade and industry, producers and civil society, to discuss the major issues of the day in the cocoa sector, the second edition of the World Cocoa Conference will review the implementation of the Global Cocoa Agenda adopted at the first edition of the event in Abidjan in November 2012. The Global Cocoa Agenda provides a roadmap for the future of the world’s cocoa sector, including concrete actions to be taken by a wide range of stakeholders to create a sustainable and equitable value chain for all involved in it. The Abidjan Cocoa Declaration, adopted at the same event, has now recorded 34 signatures from key stakeholders across the cocoa sector.

Reviewing the progress achieved along the path to cocoa sustainability will be just one of the many issues to be addressed at the Second World Cocoa Conference in Amsterdam, and as with the previous event, the growers, trade and industry, and civil society will be represented both as participants and presenters.

As at the first World Cocoa Conference, which attracted well over 1,200 participants, the Amsterdam edition will feature presentations, workshops and panel discussions involving the most senior and best informed experts of the cocoa community, making it a valuable forum for anyone in the cocoa business.

The Second World Cocoa Conference is being held for the first time in a cocoa-importing country, in Amsterdam, the hub of the cocoa trade in Europe, at the kind invitation of the Government of the Netherlands.  It will also include a trade exhibition, a gala banquet and a number of ancillary events aimed at bringing cocoa stakeholders together, and making the Conference a major networking opportunity.

More details about the World Cocoa Conference Amsterdam, including information about the venue, programme, sponsorship and exhibiting opportunities and registration, are available here.