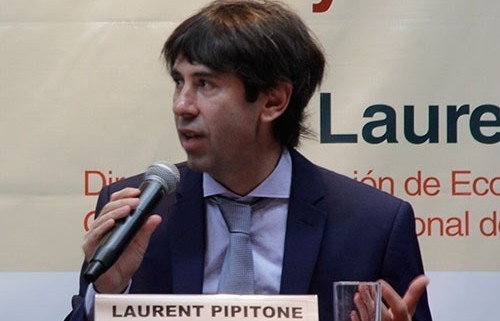 In mid-October, the ICCO’s Director of Economics and Statistics Mr. Laurent Pipitone took part in a series of conferences across Peru aimed at raising awareness about opportunities in the international market for fine or flavour cocoa.

Peru’s cocoa production has doubled in the past five years to over 80,000 tonnes in the 2014/2015 season, and the country’s output is expected to continue to surge in the coming years. However, while the country has traditionally been a large fine or flavour cocoa producer, most of the recent increase was the result of new plantations of conventional cocoa. This development has led to the need to review and discuss with the various local stakeholders the country’s cocoa strategy in terms of market opportunities and profitability, in the short and long terms.

The series of conferences, entitled ‘New tendencies on the international cocoa market: opportunities for Peru as a fine flavour cocoa producer’ was organized by the Peru Cocoa Alliance, an initiative supporting Peruvian cocoa growers, supported by USAID. The conferences aimed to inform Peruvian policymakers, cocoa growers, investors and international cooperation representatives about global cocoa market developments and to demonstrate the opportunities for Peru to produce fine or flavour cocoa for specialized international markets.

Over a period of four days, Mr. Pipitone visited a number of different areas of the country. The first stop was Pucallpa, Ucayali, where he saw the fine or flavour cocoa fields using agroforestry systems in San Martin de Mojaral, Campos Verdes. Mr. Pipitone and the Alliance’s Director Mr. José Iturrios interviewed field owner, Mr. José Isuiza, who explained why he decided to invest in fine or flavour cocoa with the Peru Cocoa Alliance team.

At Tarapoto, San Martin, after another press conference, Mr. Pipitone made a presentation at a conference at San Martin National University Auditorium, along with regional authorities, representatives of DEVIDA (the National Commission for Legal Affairs and Alternative Development) and owners of local chocolate companies, who participated as panelists. At the lunch that followed, representatives of regional authorities, cocoa organizations and cooperatives were introduced to Mr. Pipitone. The Alliance then invited him on a tour of Tropical Crops Institute (ICT), where they presented their research on cocoa.

In the capital, Lima, following press interviews with the national media, Mr. Pipitone took part in a conference bringing together national authorities, investors, traders and a range of stakeholders, before more interviews and a farewell reception.

On his last day in Peru, Mr. Pipitone met USAID Mission Director Mr. Lawrence Rubey at the US Embassy and afterwards made a presentation to the Alternative Development Office team, attended by the Peru Cocoa Alliance. Mr. Pipitone also had a meeting with Ms. Carmen Rosa Chavez, Director of Agricultural Business at the Peruvian Ministry of Agriculture.

In total, during the week, 580 producers, investors, students and regional government representatives participated in the conference in Pucallpa, 187 in Tarapoto and some 292 in Lima, in addition to 55 press impressions made in all three places.